Active Pharmaceutical Ingredients (API) that are broken down in the gastrointestinal (GI) tract are not suitable for oral administration and therefore an alternative route needs to be considered. Pulmonary delivery via the lungs is an alternative route, however not all APIs can be manufactured into a respirable formulation. The nasal cavity has been considered as a route for drug administration for many decades, however, this has traditionally only been used for localised treatment of nasal congestion, allergic rhinitis, and infections. The nasal anatomy, physiology and aerodynamics severely limit the potential access to a large mucosal surface that is well suited for drug delivery. Powder intranasal formulations are still very much in their infancy and therefore require a large degree of formulation and device development. 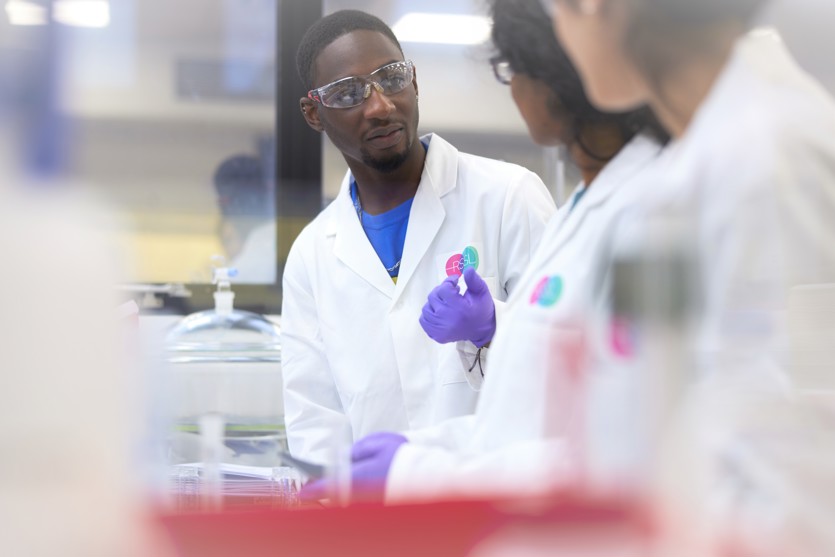 Due to our in-house expertise, RSSL were approached to assist in the development of a nasal powder formulation, where we were able to offer bespoke testing of the device when no pharmacopeial method was currently available.

RSSL were tasked with determining any potential physical form issues that may occur to the formulations on stability due to our complex suite of equipment, our in-house expertise, and our proven ability to translate novel development activities into fully validated methods suitable for Good Manufacturing Practice (GMP) release testing, which was later demonstrated in this work.

Small-scale batches and a scale-up batch of the API were submitted for analysis. The API for these samples were crystalline and designed to directly produce particles with a particle median size of approximately 50 micron which is suitable for intranasal formulations. On receipt of the samples, analysts immediately identified that there were significantly different physical differences between the two materials, as seen below in Figure 1. 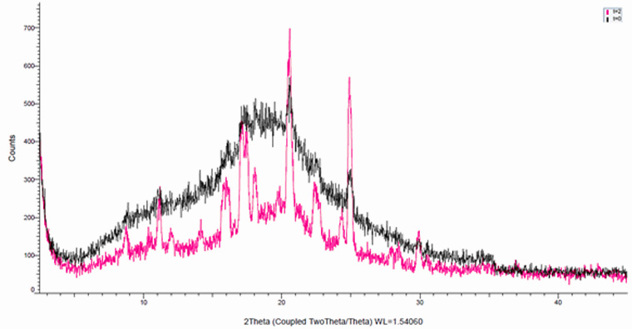 The API were formulated into a Spray Dried Dispersion (SDD) and an excipient suitable for nasal delivery (mucoadhesive). Scanning Electron Microscopes (SEM) and X-ray diffraction indicated that the SDD formulation was a mixed crystalline/amorphous system that undergoes recrystallisation upon storage. This recrystallisation may be associated with agglomeration of the SDD particles, as seen by SEM and visual inspection of the powder formulation emitted from the device.

In order for the customer to register for upcoming clinical trials, the FDA requested that a method for quantifying the crystalline content within the drug product be established. Typically, X-ray Diffraction (XRD) analysis would be used, however, for the current preferred spray dried drug product, the XRD technique would be very difficult and time consuming to develop.

This method demonstrated the instability of the formulation with reference to physical form and storage temperature. 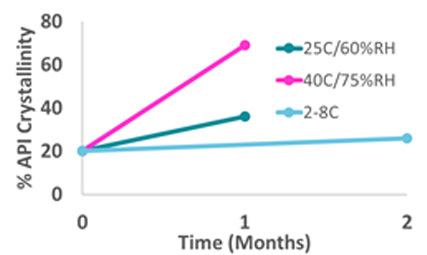 Due to the nature of the device, the actuation comprised of two separate events. Using the novel technique, we were able to identify quality issues with some of the devices. An immediate investigation by the client following this finding determined that the devices were not filled appropriately. This issue was corrected and allowed for the phase 1 clinical trial to continue.

A combination of a comprehensive suite of equipment, in-house expertise, and cross functional teamwork within RSSL enabled rapid development for the client. Our experience and ability to work with the client, helped to identify and tackle potential issues and risks, which could have proved costly to the client as they moved through to phase 2B studies and beyond.

How we can support the delivery of your life-changing therapies