How better nutrition will shape vegan 2.0 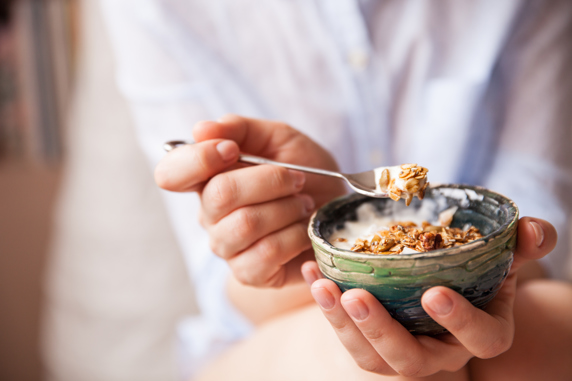 There’s no doubt that vegan products have come a long way over the last few years.

Yet although plant-based eating has moved firmly into the mainstream, there is still work to be done in terms of improving the nutritional profile of these products. Without taking steps to justify the perception that vegan products are healthier options, many brands risk losing a significant part of their appeal.

Not least for the highly influential flexitarian audience who consistently cite health as the main reason for reducing meat consumption.

So, despite the huge strides that have been made in terms of creating a range of vegan foods with appealing tastes and textures, these achievements are no longer enough. Their nutritional value is increasingly under scrutiny and the general assumption that they offer a healthier alternative is being challenged. This recent attention - particularly the backlash against so- called ‘vegan junk food’ - has moved the issue of nutrition to the top of the agenda for many producers and re-energised efforts to meet consumer expectations. So, what are the priorities?

Protein content is perhaps one of the most important areas for plant-based products, particularly when it comes to dairy equivalents. Oat milk, for example, benefits from a great taste and positive association with health, but is extremely low in protein and offers little in terms of micronutrients compared to cow’s milk. So, the next wave of development needs to focus on keeping the positives, but build a much stronger nutritional profile; either by blending different proteins to boost overall levels and/ or using micronutrient fortification. Companies that also work with the latest naturally-derived ingredients, such as iodine sourced from seaweed or vitamin D from mushroom powder, will add a further dimension to their brand story. The good news is that there are a number of exciting brands in this space that are already raising the bar in terms of nutritional claims.

At the other end of the scale, reducing less desirable nutrients is an equally important goal but presents its own set of challenges. Salt, for example, may be added to mask unwanted off-notes in the base ingredient, act as a preservative or help create the anticipated ‘meaty’ flavour in a vegan equivalent. All important functional roles which are highly difficult to replicate. So much so, that in certain applications, hitting the required low sodium level without compromising eating enjoyment remains a work in progress and a focus for future developments.

In fact, of all the categories in need of improvement, none is more pressing that vegan cheese. With the majority made from a blend of coconut oil and starch, they generally contain saturated fats, carbohydrates and, at best, 1-2% protein. This is in comparison to a regular cheddar which offers around 25% protein, plus calcium and other micronutrients. Of course, this relative lack of progress in the context of nutrition is further complicated by the significant complexities involved with how cheese is also expected to behave, such as melting and elasticity. That said, however, it’s a huge opportunity and the right revolutionary approach could completely transform the category.

After all, while committed vegans will always choose the animal-free option, those that are making a lifestyle choice or simply ‘vegan curious’ are unlikely to be impressed by products which may not only cost more and taste different to the meat-based equivalents, but also fail to meet expectations in terms of nutrition. Brands who invest now in developing products with a positive nutritional message will be the ones who thrive in the long term.

The texture of vegan food

Development of plant based food