What's next for vegan formulations? 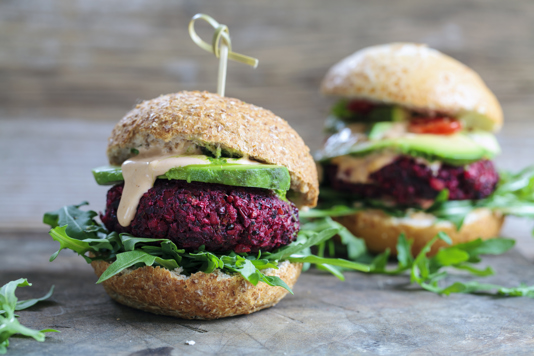 In many ways, there has never been a more exciting time to create vegan products and much has already been achieved. But with consumers increasingly familiar with plant-based ingredients and concepts, the challenge for formulators now is how to build on this success and where to focus their efforts - particularly given the complexities involved.

Vegan egg alternatives, for example, is an emerging area that is currently generating significant interest. Largely driven by a ground-breaking US brand - which uses a proprietary mung bean protein and can be cooked in a variety of different ways - many manufacturers are keen to grow the category by developing their own products.

However, this is easier said than done. Plant- based proteins don’t behave in the same way as their animal-based equivalents. And while a great deal of work is ongoing, it may be some time before there is a standard way to replicate the gelling action of eggs without relying on stabilisers; a method which supports product functionality but does little to boost protein content or taste.

Vegan cheese, on the other hand, may be a more established category but is also yet to reach its full potential. Although there are some good examples of soft cheese equivalents on the market - particularly nut-based options - this subcategory is less restricted by the need to emulate its animal-based counterpart. When it comes to hard varieties, however, recreating the required texture remains a key issue.

Again, this comes down to differences in functionality. Animal- based hard cheese delivers a characteristic melt in the mouth thanks to its inherent casein network, whereas most vegan equivalents contain coconut oil or palm oil and starch and so behave in a completely different way. With arguably little in the vegan arena that currently comes close to meeting consumer expectations, this represents a huge opportunity to challenge the status quo by developing products that deliver on every level.

There is also room for improvement in meat analogues. One of the largest categories, with a seemingly ever- expanding range of products, it has enjoyed widespread acceptance among vegans, vegetarians and flexitarians alike. Yet it is also most likely to be criticised on health grounds, with plant-based burgers, sausages and nuggets having to work particularly hard to avoid the ‘vegan junk food’ label. There are also currently few options for consumers who are less interested in convenience or fast-vegan foods, but are instead looking for substitute products for everyday lean meat dishes, such as a chicken breast, sirloin steak or salmon fillet. As a result, manufacturers are refocusing efforts on developing a much wider range of meat equivalents but this presents its own set of challenges.

Creating these muscle-type meat alternatives demands a total rethink of not just the ingredient formulation but the process itself. Both must be aligned to create the profile required in one continuous texture. This is an evolving area with a number of different techniques currently under investigation. One approach is to use high moisture extrusion to create the longer fibres needed to deliver the anticipated meaty bite. While elsewhere, some of the most innovative developments are exploring the use of 3D printing as a potential way to create the sought- after textures.

Of course, this is just some of the latest activity and there is a lot more going on behind the scenes. So as the vegan category continues to evolve, expect to see an even greater focus on pushing the boundaries into new and exciting areas. There is certainly more to come.

Development of plant based food