It’s no secret that veganism is on the rise, with many people choosing to either minimise their intake of animal products or cut them out entirely. After conducting consumer research into this growing market, a leading food manufacturer identified vegan mayonnaise as a new product development opportunity and partnered with RSSL’s experienced team to take the project forward.

Mayonnaise has historically relied on eggs to create the characteristics consumers have come to expect. It’s the magic ingredient, with the lecithin in the egg yolk stabilising the emulsion of oil and water that forms the base of the mayonnaise and creates the sought-after thick and creamy texture. Developing a vegan alternative can therefore be tricky.

Although modified starches are typically used to remove the egg in mayonnaise, it’s important to understand how their different structures and properties may influence the final product’s texture and viscosity - and ultimately the consumer experience.

Our expert team began the project by creating a series of concepts that used a range of different emulsifying and stabilising ingredients, which were then prototyped and evaluated against a benchmark commercial mayonnaise. This allowed us to ascertain which ingredients from which suppliers performed best and then optimise the final formulation for launch.

It was also vital that we objectively measured the viscosity of the prototypes. This analytical parameter not only directly correlates to mouthfeel and spreadability - both of which are essential for consumer acceptance - it can also significantly impact on a number of other product properties including processability and delivery from the container. Analysing this aspect during the development process, enabled us to understand the impact of formulation changes without the need for a full sensory evaluation, identify unsuccessful prototypes early on and predict favoured formulations.

A key part of the brief was to create a high-quality vegan product, which would meet discerning consumer expectations by successfully replicating the eating experience of conventional mayonnaise.

We initially evaluated two prototypes to determine the supplier of one of the key ingredients. Using a simple rotational rheology measurement, we determined that Prototype 2 had significantly lower viscosity than Prototype 1 and the commercial benchmark. As shown in Figure 1, the application of shear stress required to maintain flow across the entire range of shear rates tested was lower for this prototype.

In addition, our analysis showed that Prototype 1 had a comparable ‘yield stress’ to the commercial benchmark, which was orders of magnitude above Prototype 2. This non-zero shear stress at zero shear rate confirmed that both Prototype 1 and the commercial benchmark were ‘structured liquids’; they behaved as solids until a force exceeded the yield stress and compelled them to flow. This meant that both would form a classic well-defined ‘dollop’ of mayonnaise and spread easily without running off the knife. 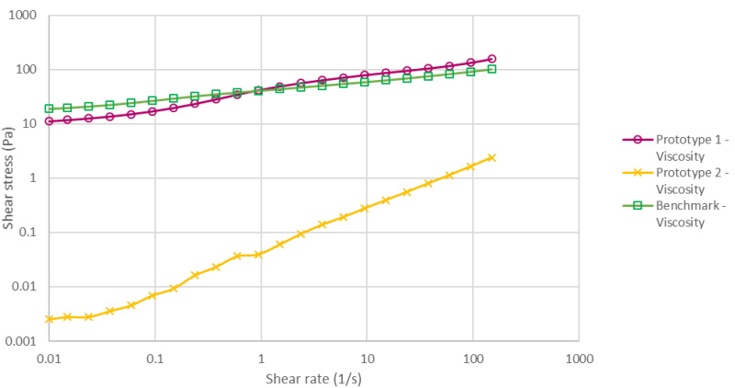 Figure 1: Shear stress as a function of shear rate for initial prototype

We then needed to ensure that the final vegan mayonnaise formula would remain a stable emulsion for the entirely of its shelf life. To do so, we generated a further four prototypes based on Prototype 1, with varying levels of other stabilising and emulsifying ingredients.

Each was then subject to an accelerated stability study using LUMiSizer technology; an analytical centrifuge that monitors changes in light transmission through a sample in order to identify separation events, such as creaming and sedimentation.

Analysis of the results showed early on that Prototypes 1A and B were unstable emulsions, with creaming occurring that left behind a clear aqueous layer at the bottom of each sample (see Figure 2).

Within the three-hour study, Prototype 1D also showed a destabilisation process at a later stage (after 400 profiles), indicating that this prototype would also have a shorter shelf life than the commercial benchmark. In contrast, Prototype 1C matched the stability profile of the benchmark. 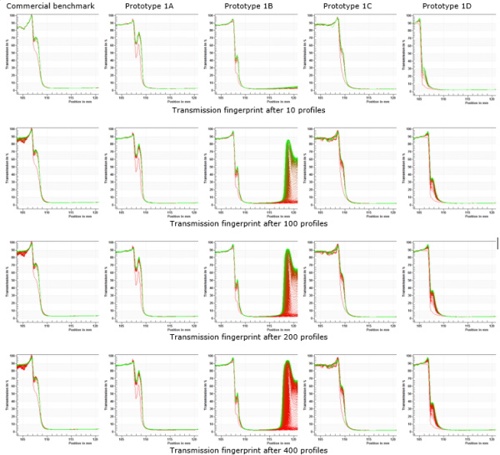